We care about your privacy. Read about your rights and how we protect your data. Get Details
Smith Lab 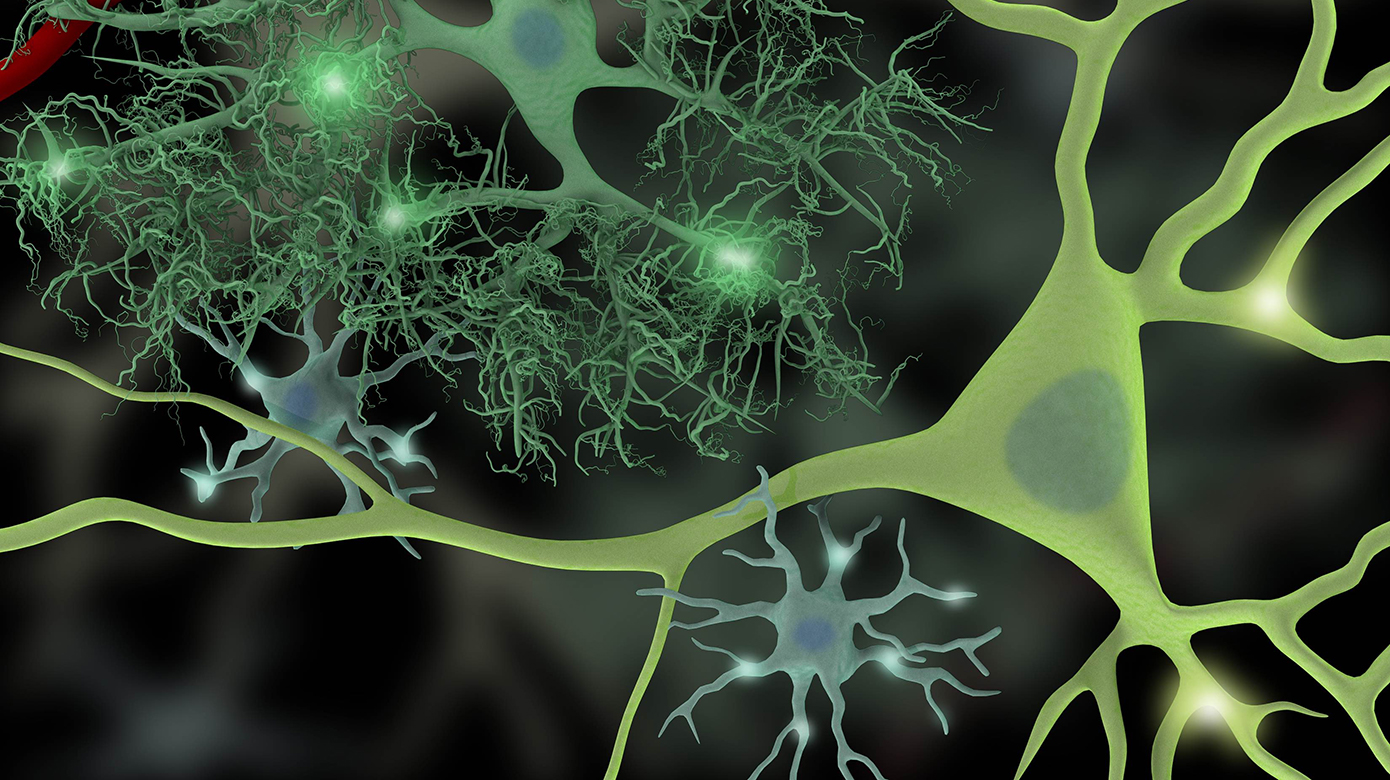 The question of how neuromodulators such as Norepinephrine (NE) drive neural circuit plasticity remains debated. Although neuronal roles in NE-mediated synaptic plasticity have been well studied, astrocytes' role in this phenomenon remains poorly understood.

The brain's ability to use energy has been strongly implicated in age-based cognitive impairment, which will dramatically affect a disproportionately aging demographic. Globally, the number of adults aged 65 or older is estimated to more than double by 2030, with dementia rates exponentially increasing from 1% to 2% of the population for those aged 65, to 58% for those aged 94. This project probes the hypothesis that age-based cognitive impairment reflects insulin resistance (type 2 diabetes) within the brain, limiting neurons' access to blood sugar, and tests whether one can reverse aging effects through the use of an alternative brain fuel: ketones.

This project addresses individuality and variation, leveraging the interdisciplinary team's expertise in neuroscience, statistical physics, and machine learning, to tackle one of neurobiology's most fundamental unanswered questions: What are the "rules" by which the brain self-organizes in response to resource constraints? Unifying the project across scales and disciplines is a computational model designed to predict single-subject network trajectories in response to tightening and releasing of energy constraints, a first step toward understanding individuality and variation in brain aging. The project team has previously shown that aging is associated with destabilization of brain networks, an effect that the team's preliminary results suggest can be modulated by switching neurometabolism from glucose to ketones.

Others have shown that age-based cognitive deterioration accelerates with insulin resistance. Thus, the team hypothesizes that network destabilization may result from reorganization as the brain attempts to optimize networks to conserve energy in response to neuron insulin resistance. Using insulin resistance to tighten energy constraints and ketones to release them, the team plans to use animals (DREADD/patch-clamp/calcium imaging) and humans (31P/1H-MRS, 7T fMRI) data to characterize changes in excitatory/inhibitory neuron firing dynamics and their implications for connectivity. Techniques adapted from "optimization under constraint" problems in statistical physics (e.g., Maximum Caliber) will then be applied to these data to identify cellular, automaton-like "rules" that neurons might follow in guiding emergent self-organization. In so doing, the project considers optimization based upon biological principles as well as developing generative techniques for identifying constraints unbiased by the a priori hypotheses. Using an iterative approach in which each subject's network trajectory provides feedback, informing the models, which then make predictions that are tested against the next individual's data. Models will eventually converge in predicting human network trajectories based upon individually variable parameters. These would provide the first steps toward personalized neurology by being able to simulate — for a single individual — the potential consequences of different initial conditions and/or clinical interventions.

Role of Astrocytes in Ca2+-Dependent Microglia Modulation of Synaptic Plasticity

Using these techniques in combination with pharmacology, two-photon Ca2+ imaging of astrocytes, and intracellular recordings of nearby neurons, we expect to establish a role for microglia Ca2+ activity in the CNS. Given our preliminary data, we hypothesize that the spontaneous release of ATP by astrocytes mediates Ca2+-dependent extension and/or retraction of microglial processes. Through this mechanism, microglia processes can respond to sensory-evoked neural activity, come into physical contact with neurons, and release soluble factors that modulate synaptic transmission. The proposed studies have the potential to define new and various roles for microglia in neuromodulation.